"Good enough" is not the goal 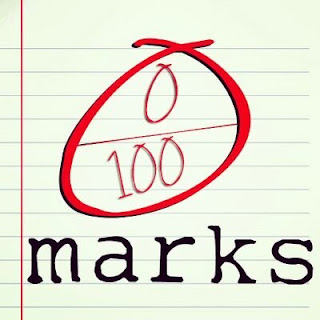 The term "good enough" is fine for home DIY projects or things like that. But for education, teachers and learning, 'good enough' doesn't cut it. To be happy with good enough, don't settle for good enough. If something is 'good enough' then that means it could be better. So make it better! Sometimes we don't know how something is going to go until we try it. Which is totally okay! But after you try a lesson and it was simply 'good enough' reflect on why it was only 'good enough' and make a tweak for next time. 'Good enough'  lessons aren't disasters. They are not a total, epic failure, but they still fall short from making a real impact and difference in student learning.
Recently, I gave my students a task to explain something so a 5th grader could understand. The topic was to explain the three branches of government. They posted their video to Flipgrid. I gave them all 0/100. Sure, their videos explained the concept. They talked about the three branches, what they did, checks and balances, etc. The videos were, well....good enough. But that's not our goal! We don't want to settle for good enough so I made this point with something near and dear to their hearts: points and grades! Boy, once those 0/100 were posted, they were beating down my door, demanding an explanation. Which I provided: yes, you got a 0/100. It was good enough, but we are not striving for good enough. We are striving for greatness. You need to do better. More effort. More creativity. So, they were allowed to redo the videos and oh my! They were so much better. A clear difference between their first attempt and their second attempt. Way more creative, much more enthusiasm. They used props, music, actions. They were no longer good enough, they were great! That's what we are shooting for. Being great. Sometimes, it just takes a bit more effort.

Sit down and reflect on how you have been operating as a teacher lately. Have you settled for good enough? Change your mindset and perspective. Strive for greatness. Be willing to put in their effort needed to be great. It's in you. Just let it out!
Posted by Mr. Klumper at 9:00 AM