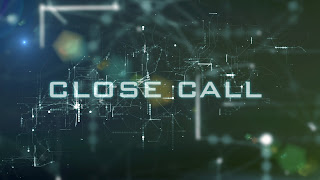 That was a close one. I almost made a big mistake that would have ruined my pursuit at building relationships with a class of 8th graders. Luckily, I was able to stop myself in time, think it through and prevent the mistake. Here's what happened:
I had a BreakoutEDU game set up for my 8th grade class to work on our lesson of the day which was "perseverance." BreakoutEDU fits perfectly with that topic because it's all about persevering through challenges/obstacles and not giving up. Anyway, I had the boxes locked and set up on the various tables in the classroom. There was a few minutes before class started so I stepped out for a bit to talk with a teacher. As I was talking with the teacher, my students filed into the classroom, waiting patiently for class to begin (which was still about 5 minutes away). I wrapped up my convo and headed into the room. When I entered, I saw a group of them huddled around one of the boxes, trying to pry the box open and/or pick the lock. They had managed to force their way into the box and pulled out the "secret" items.  I was mad. Furious. Annoyed that they were messing with the boxes and finding out what was inside. I should have known to not let a group of 8th grade boys be unattended around a locked box. Of course they would try to break it open! Their curiosity is too great at that age! This is where I had to make a decision on how to handle this. I was at a fork in the road.  You see, this was only the fourth class period I have had with this group of students. So we don't know each other very well. Which means I haven't had the necessary time to make a lot of "deposits" into the Relationship Bank. And without a lot of those deposits, it's very dangerous to make withdrawals.  If I made it a huge deal and came down hard on them about how what they were doing was unacceptable, I would lose them. Luckily, I fought that urge and decided to just be relaxed about it and just put the stuff back in the box and begin class. It was a close call.
Make a sustained, committed effort to make deposits into the Relationship Bank. When something happens that requires a withdrawal, you will be prepared. I didn't have enough deposits in the bank at this point, so I had to be real careful with how I handled it. Building relationships is a fragile thing. Hard to build, easy to destroy.
Posted by Mr. Klumper at 10:49 AM